You are at:Home»Vanlife»In Order to Move Forward, We Sometimes Need to Stop 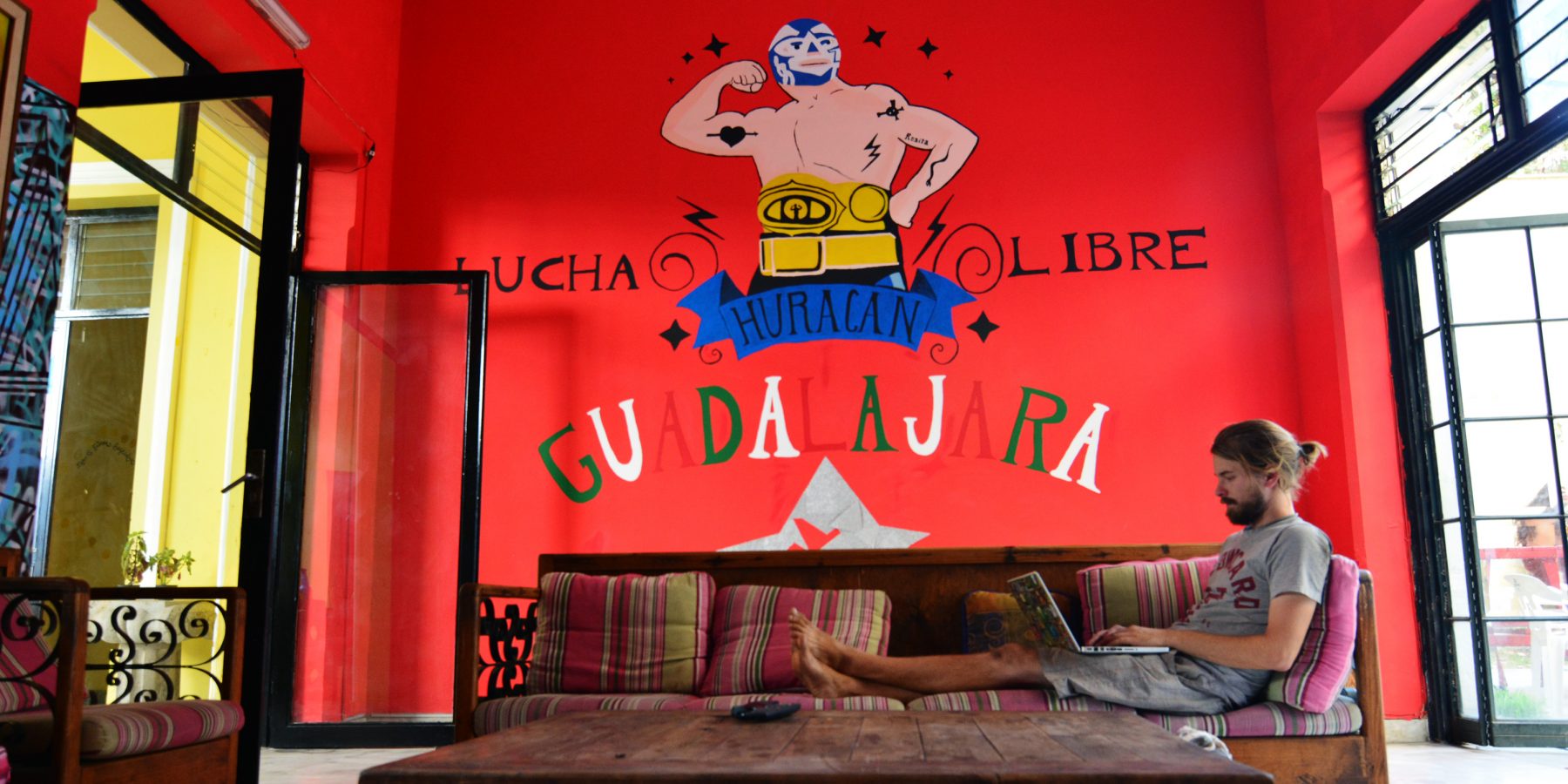 In Order to Move Forward, We Sometimes Need to Stop

Traveling means constantly adapting to new environments. To always move forward and find something new. But sometimes, in order to move forward, we simply need to stop. After almost a year on the road, we knew we were ready for a break – but it was ourselves who were the hardest to convince that this was the way to go.

Humans are a resilient bunch. We can eat and harvest nutritional value from almost anything – even cheeseburgers. We can survive herding sheep in the tundra of Siberia, living off the land even as it hardly gives us anything. We can also survive off of freeze-dried astronaut food in a space station orbiting the earth. These two lives have nothing in common except for that it’s humans that live them.
A large part of humanity was nomadic for thousands of years before we moved into more temperate regions and learned to sow and harvest crops. We learned to maximize our chances of survival and accelerate the development of civilizations through specialization. We’re good both at traveling, as well as making the most of the places we choose to live in.
And as humans, we are incredibly good at adapting to new situations, it has been encoded into our DNA for millennia. But that also means we get tired of situations if they don’t change. Understimulation leads to underdevelopment. The same over and over again doesn’t make us happy, it has to be different.
This urge might be part of our reason to travel. Moving around, seeing new faces and places provides us with enough “newness”, enough stimulation not to get bored.

Even though we were camping in the most beautiful places, vanlife didn’t feel the same

And we haven’t gotten bored. But there was still something we were missing. After 11 months of full-time living on the road, it somehow didn’t have the same day-to-day magic to it that it did in the beginning. Packing up and finding a new spot, discovering a new beach or town, it didn’t feel as captivating as it once did. Rather, it felt like a burden. I felt like I was forced to constantly move around, while all I wanted was to sit still for a while.
We’ve had an amazing year of adventure, and I wouldn’t want to miss it or stop doing it. But I needed to get some motivation back. Before I could venture back out and continue exploring, I needed to take a break, to recharge my travel-batteries. I needed to wake up to something other than packing up the Bus. I needed to stop driving several hours a day. I needed to stop fixing the car by the side of the road, or living in fear of having to do so.
When Emma and I were preparing to leave Baja California, we spent a week in the cute coastal town of Todos Santos. The place has a quaint Mexican small-town charm, while at the same time it is home to a sizable gringo population.

Would we betray our dream by stopping?

Here, we realized for the first time that staying in one place for a while could be an option for us. Other vanlife friends had rented places in the States to hibernate over the winter, but I had never considered it a possibility for us. Somehow, the idea had felt like a betrayal of our traveling life. It was as if by stopping and sleeping in a place other than my Bus, I would give up the vanlife dream. It felt as if by doing so, I would admit that it wasn’t for me, that I couldn’t do it.
In Todos Santos, we met up with two couples that were also Panamerican travelers, vanlifers, and that both currently lived in an apartment instead of their bus. They hadn’t gone home, they hadn’t stopped traveling, they had simply pressedvpaused for a while and decided that it would be healthy to stay in one place, each for their own reasons.
Ben and Leah of Hasta Alaska had rented an apartment to have a place to work and reliable Internet, so they could finish their video series about their past travels from Chile to Alaska. Tim and Liz of SouthBySynchro had decided to take a month of Spanish classes in Todos Santos. Both invited us into their temporary homes, for showers, hanging out, and staying the night in their yard. We did, and while we were there, the realization grew in me: there is nothing wrong with doing this. This is by no means abandoning the dream, this is just another valid option that the traveling life we are leading offers us.

The casa is a busy place at night

It is okay to slow down, to not hurry from place to place to see everything there is to see. And just as well, it is okay to stop completely. Traveling can be exhausting. In our nomadic life, the classic definitions of work, daily life, and vacation may be blurred, but that doesn’t mean we don’t sometimes need a change. And for us, this change was the need to pull the parking break.

The decision was made, but how should we do it?

We decided that our stopping point should be Guadalajara, Mexico’s second-largest city. Not because we had spent much time or effort picking it, but simply because it’s where we were headed anyways when we realized we needed to find a place to rest. We contemplated our options. We could rent an apartment, as many others had done, and have some quiet time for ourselves. Or we could stay in a hostel and be surrounded by travelers and interesting conversation partners. Both options would involve spending a significant amount of money on accommodation. Another possibility – one that would allow us to stay for free – was volunteering.
Websites like Workaway connect travelers like us with people and businesses that are looking for a helping hand – in exchange not for money, but for food and board. This way we could stay in one place, help other people out, and integrate ourselves into a community. At the same time, we would not pay a penny for doing so.

Our new (temporary) home in Mexico

So we started writing to hosts on the platform, and eventually were hired by Corazon Guesthouse for 3 weeks. The guest house focuses on hosting long-term residents instead of the ever-changing tourist crowd. Consequently, we are surrounded by students, workers, people that have just moved to the city, but most importantly: almost exclusively Mexicans. The hostel is located in a quiet residential neighborhood, far enough away from the historic center to be unappealing for backpackers. Here, we get the real Mexican experience, speaking Spanish every day, with locals (or at least long-term hostel residents) around us all the time. We work three hours each day cleaning the house. In exchange, we get to stay for free, but we are still responsible for our food.

Big Emma has to stay outside, while we live and work at the guesthouse.

We sleep in bunk beds and have all the house to our disposal throughout the day. We have constant Internet access, a lot of time to work on the blog, the car, and whatever else we feel like doing. Big Emma is enjoying a rest from Mexico’s dusty streets on the sidewalk in front of the guest house and our wallet is enjoying a break from Mexico’s high gas prices.

No change can also be a change

Looking back at my feelings about stopping before, I feel foolish. Just like leaving on a trip of this magnitude opens up room for incredible adventures, so does stopping. It is another new experience, one we wouldn’t have been able to make any other way. To really live in Mexico, among Mexicans, to learn the local traditions and about the local issues, that’s what we set out to do in the first place. This experience shows us – once again – that it’s not about the destination, it’s about the trip. The point cannot be to cover as many famous places as possible during our time in Mexico. Instead, the point has to be to make every day as worthwhile and memorable as we can.
Travel, just like life, should be about being happy, not about checking off a bucket list or collecting bullet points on a resumé. We as humans can adapt to and thrive in almost any situation. There’s no reason to believe some of these situations would be worth less than others. We humans need change. And sometimes, in order to keep going, we need to stop for a while.
Share. Twitter Facebook Google+ Pinterest LinkedIn Tumblr Email