You are at:Home»Travel and Travelers»Snapshots: Some Moments Don’t Need Words

Traveling like we do, the rainbow of life’s emotions takes hold of you on a regular basis. One minute you find yourself frustrated and feeling alone, the next you are elated with the beauty that the world or the people in it can produce. Life is occasionally devoid of speech, as the wonder and simplicity of the moment overtakes you and all you do is feel. It is a part of what makes every new day an adventure.

I look around the huge fire. I have not been around a fire this big since my last German Osterfeuer. But this fire is more in the campfire category, rather than the bonfire one. There are at least thirty people standing around it, most of them conversing with one or more people, most of them with drinks in their hands. Many people are turned towards the fire, because it is raining a bit and whenever you get too far away from the flames, that chill goes through your bones. Here, in the high desert of Oregon, it is surprisingly and unrelentingly cold. At one spot opposite of us, newcomers to the fire are already looking around to see if there is another free spot in the circle as the smoke starts to make their eyes water. This is amazing, elating. I look into the fire and don’t even feel the cold. My friend, who I met this morning, is telling a story about her travels through Colorado earlier this year, what it was like there in a van. I smile, I nod, I know recognition. I take a sip of beer, and I am content.

Remember to love the rain 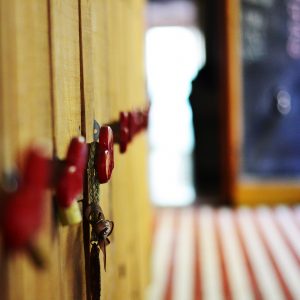 It is my evening shift at the guesthouse we are volunteering at in Guadalajara, Mexico. I am busy sweeping the back hallway, which has filled with leaves and crud that the wind has blown in through the open door to the back courtyard. I go to the doorway and stick my hand out from underneath the overhang. It is raining, and the air has that penetrating smell of wetness about it. It hasn’t rained for months. I remember back in Canada and the Pacific North West – and in California, too – how we were so incredibly sick of rain. It had rained on us so much, so continuously, that I had begun to detest it. Living in the Bus, constant rain weighs on you, limits your movement and your activities. This is the first time it has rained since we’ve been in Mexico (if I discount the one time when we were caught in a cloud). I remember that I love the rain – something I think I had forgotten. I go and stand in it for a minute, soak in the fresh smell and the thick drops on my head, before going back to my sweeping.

The science of simultaneousness

It is morning, and time to go. We slept here, on this quiet coastline overlooking the Sea of Cortez, but now we need to head back to La Paz. We start to pack up the Bus. We’ve got this down to a science. I get dressed while Sven finishes up the dishes outside. I start to put the bed in, move all the stuff that has wandered around the Bus either back in their spaces or onto the counter to put away later. I help Sven dry the dishes and we put them away, pack away the stove, the teakettle. Sven folds up the shovel and puts it in its place as I put our books back into their spots in our bookshelf. I lean back, pull the curtains open all around the Bus and let the sunshine through, while he takes down the extra blankets we have thrown into the pop top. Most things are in their places now. I step outside and Sven braces himself to let the roof down. “One” I say as I take out the first PVC pipe that holds our top up, our janky insurance that the top won’t come crashing down on our heads. I pull out the second pipe and say “two”, so he can begin to lower the top as I tuck the edges of our rainfly in beneath it. He secures the top, and I take out our tiny broom to brush away last night’s sand dunes from the floor inside our Bus. We put our water tanks inside, close the sliding door, hop in the front, and turn on the ignition. 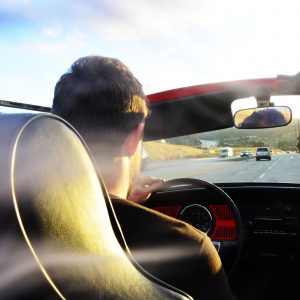 I’ve spent quite a lot of time in buses, but I’ve never ridden in a bug before, especially not a shiny red convertible like this one. We are driving through a suburb of LA, supposedly on a trip to the hardware store to get something for Big Emma, but mostly just to go for a ride in this fabulously awesome car. I ride in the back, Sven is in the passenger’s seat next to our new friend, Robbie. Driving so naturally, he might have come factory-made by VW with the car itself, he has no problem zooming along the highway. We take the fast lane. Bugs have almost the same engines as some buses (not like Big Emma’s engine, but other types), but they are a lot, lot lighter. The word zoom doesn’t do it justice. I’ve always loved feeling the wind on my head when I stick it out of a moving car or train window. But this is everywhere, filling me with excitement, elation, and I want it to continue forever. I enjoy it so much, I forget to remember that it is getting cold.

The taste of Mexico

I chop, I slice, I drop. Fruit is cheap here in Mexico. And I freaking love watermelon. But there is no way we can keep a whole watermelon fresh, it won’t fit in our fridge. My solution? Fresh watermelon juice. I cut the huge thing into quarters, and begin to dissect one of them. I chop the rind off the smaller pieces and throw them in the bucket, my hands slimy. I am careful that the pieces don’t slip and fall into the sand. I finish cutting and it takes forever. I have all the pieces in the bucket, ready for the blender that our friend Shameem gave us up in Portland. But now for the hard part. I don’t want any of the seeds to get crushed up with the rest, so I pick them out one by one. I use a fork to sift through the pink-red mush, looking for a sneaking sign of black. I chop through the pieces in the bucket as I go, making it ever more liquidy. I’ve finally found them all, reach for the blender, and watch my collection turn into one of the most refreshing tastes of Mexico.

On the other side of the island 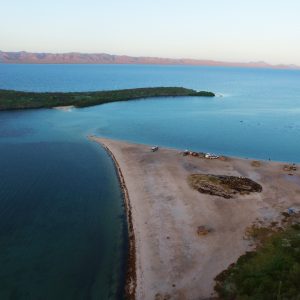 Sven and I have been camping on a beach in a bay of the Sea of Cortez for a few days with a crew of awesome travelers. One couple has a paddle board and has let us borrow it. The beach we are on is connected to an island via a sand bank at low tide, and we have decided to paddle all the way around the island. Okay, admittedly, Sven paddles, and I watch for cool fish below the water and try not to get in the way of his balance. We have reached the halfway point, on the side of the island where the water is deeper, but paddling still isn’t a problem. He suddenly taps me on the shoulder hurriedly and points to two o’clock, as the end of two dorsal fins disappear beneath the waves. There are maybe four or five dolphins in total, and they pass within two or three meters of our board. I am stunned.

Today is one of the days when I think a lot. About life, about stuff, about how I see the world. I, and many others, got the message that a former high-school teacher of mine died this morning. He wasn’t just any teacher. He was the person who came to mind when I thought of my favorite teacher, and someone I knew and kept in contact with long after I had graduated. He was the definition of an excellent human being. He had been fighting a rare and aggressive form of cancer for over five years, so it did not really come as a shock. Still, I take the time to think about him and the impact that he made on so many people in my hometown back in Illinois. He had touched many parts of the community, and so many of its people. Almost anyone who had him as a teacher would probably call him their favorite teacher. He was that inspiring. He was the person who not only inspired me to become a teacher myself, he also thought it was inspiring that I decided to move into my van instead. When I told him the plan was to drive from Alaska to Argentina, his response was “If anyone can do it, you guys can.” I stand on the roof of the Mexican guesthouse we are temporarily living in and look out over the hodgepodge rooftops that make up the block. Yes, we can. And we will.
Share. Twitter Facebook Google+ Pinterest LinkedIn Tumblr Email