You are at:Home»Vanlife»The Wonderful Absence of Peripheral TV in Vanlife 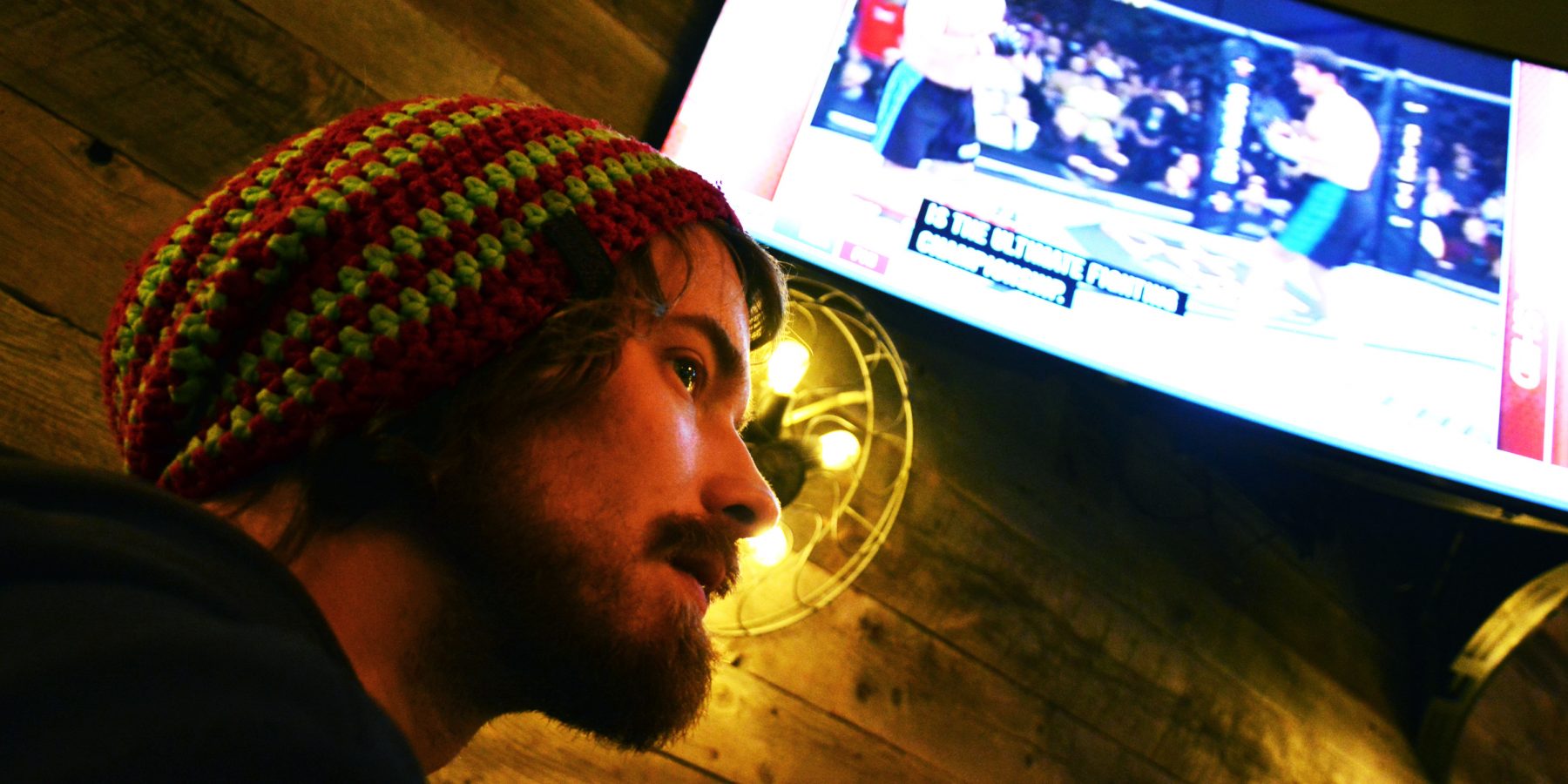 The Wonderful Absence of Peripheral TV in Vanlife

In our modern world, television screens are everywhere. At home, the bar, the border crossing. It can sometimes feel all-consuming. Vanlife conveys freedom in many ways, but the absence of TV is one its less-known nuances.

I’m sitting on our friend’s couch, eating tacos she made for us. Incredibly delicious tacos, maybe the best I’ve ever had. It’s warm, it’s comfy, I can stretch out, for a few days it’s wonderful to not be in the Bus. We’re in our host’s living room, her, Emma, and I, all stretched out on the couch, plates in hand, eyes pinned on the TV screen. There, a thirty-something couple has just bought a house, and now they’re treating a wall in their future mansion with a sledgehammer.

I’m incapable of multi-tasking when the TV is on

The hammer slashes through the plywood walls like a pen through paper back in school when the desks were full of holes somebody had chiseled out in boring math lessons a decade ago. The show host tells the owners how to demolish their home professionally, how to force it into compliance and shape it to their will. He hooks the hammer behind a 2 by 4 board and pulls it out of the wall. Woods squeaks as it resists for a second and then breaks and reveals the room behind the wall. I bite into my taco and the molten cheese, avocado, and hot sauce form an amazing mix of tastes in my mouth. At least I think that’s what it does, because really, I don’t notice any taste. Despite much effort, I’m incapable of multi-tasking when the TV is on, even consciously enjoying food. I just bite and chew and swallow and gone is the taco, my mind never taking its focus off the sad wall being torn down in a million dollar mansion somewhere in LA.

TV screens haven’t made it out to the California coastline yet.

I don’t understand how this isn’t a problem for other people. No matter where in the world I have gone, be it Germany, the US, Chile, even Indonesia, TV screens are everywhere. In kitchens and living rooms, in bars and restaurants, even at border crossings or subway stations, television is there, stealing my attention away from what I was doing and forcing me to watch somebody demolish their house or wash their hair with this new wonderful shampoo that smells like raisins. But other people still manage to operate despite television’s imposing presence. They wash their dishes while watching TV, they even write with their friends on their phone and at the same time follow Harrison Ford as he hides the Millennium Falcon behind an asteroid to escape the Imperial forces. Emma has absolutely no problem with this, for example. I don’t know how she does it.

What color should the living room be?

The wall is down, the kitchen and the living room are one, finally united like the new owners had envisioned it. Now for the remodeling. What color should the remaining walls be? Maybe a light red? Or mint green? No, it’ll be a light gray with a stripe of white, that’s hip and modern now.

When I look at a television screen, that’s what I do, exclusively. There is no way I can have a meaningful conversation with the TV on. If I am asked a question, I most likely just won’t hear it. If I do and answer, chances are I’m not actually paying attention to what’s going on and my answer was worthless. In short, if you want me to do anything meaningful, make sure there’s no TV screen around.

In the Bus, we don’t have a TV. In fact, we don’t even spend much time watching TV in other places. Most of our time we spend outside, in forests and on coastlines or in deserts, areas that haven’t been conquered by the overpowering presence of television. And it’s great. Magical, almost. Even though I knew how distracting TV screens are for me, I had no idea how freeing it feels not to have them around all the time. How much time I have to think about things, how thoughts connect to ideas without them being dispersed by the jingle of a commercial.

Instead of TV, we practice looking out the window much more. Sometimes we look at boring parking structures, but sometimes we get spectacular views like this!

That being said, it’s not like we don’t consume visual media. We do watch movies and TV shows on our laptop. On demand, if you will. We are avid watchers of shows that end an episode with a cliffhanger and leave you craving for more, just like many people. We love Doctor Who, and we are big fans of almost everything Joss Whedon has ever produced (Buffy is awesome. Trust me.). But whatever we watch, we do it by choice. The TV is never just on, it’s not something playing in the background and threatening to capture my attention, useless noise that does not actually interest me. TV is not peripheral in the Bus. We choose what to watch and when, it’s not just there and taking over. To me, at least, that makes a massive difference.

Kerouac knew it all along

Not much has changed in those 60-some years since this sentence was punched into paper on a typewriter. The variety of “the same things” has greatly increased, but in the end, they are still that: the same things.

If that’s not to the point, then I don’t know what is. Japhie is one of the main characters of the novel, a Zen enthusiast, but also a beatnik and a mountaineer. And Japhie is pretty much the role model, the prototype of a wild and free, yet educated and smart traveler. Reading the book, I want to be like Japhie and it’s obvious Kerouac feels the same way. This man climbs mountains at night just to see the stars, he lives life to the fullest, submerged in the moment, but he’s not the reckless kind either. He spends his life consciously, he thinks about every moment of it.

And I guess that’s what I’m trying to say. Watching TV allows me, no, it forces me to escape my life. Unlike any other medium where I can choose what I want to consume, TV forces itself onto me. It grabs my mind and pulls it away from my own thoughts and injects a phial full of other, foreign thoughts into it. Alien thoughts that I’m forced to think now. Remodeling a 4-bedroom house in the hills of LA. The girl fondling her hair after it has been washed with raisin shampoo. Not mine, these thoughts, but they’re there.

We do watch movies and TV shows, but it’s a conscious decision to do it.