You are at:Home»Language and Culture»Shots Fired: Gun Culture in Alaska 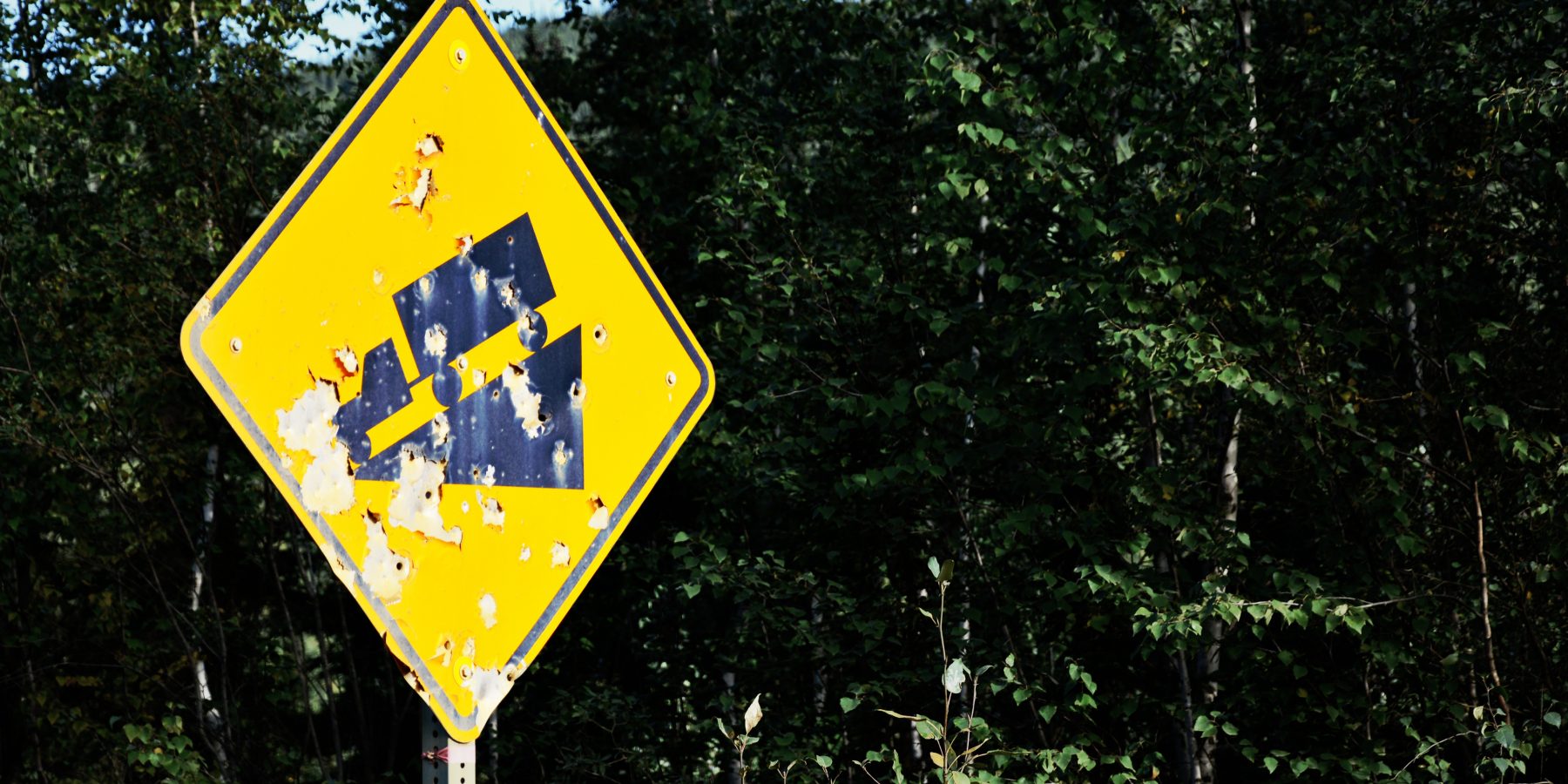 Guns are an important piece of American culture. Loved, loathed, controversial, dangerous. But nowhere is gun culture as visible as in Alaska. An outsider’s perspective on the issue.

Shots fired. Bang. Bang. The blasts resound through the valley, bounce off the rock faces of the mountains to the east, echo back to us and get muffled in the wooden slopes on the western side. It is morning, late morning, we’ve been sleeping in again. I’m up first, following my daily routine and prepare coffee. Except for the gunshots, there is no sound. The road is empty, there is no wind moving the leaves, it’s just us, nature, and somewhere in the valley, hunters.

I’ve gotten used to the sound of gunfire since I arrived in the States, and especially here in Alaska. Guns are everywhere. Walmart sells them right between the fishing poles and the birthday cards. On a hike a couple weeks back a father carried a handgun in his belt and his baby son on his back. Why did this man need a gun to go hiking, on a crowded trail on a beautiful day? No bear would ever dare going near the constant stream of twaddling hikers.

It’s hard to find a road sign that doesn’t have any bullet holes.

Sometimes I understand why they do it. In Healy, we scored a parking spot in the yard of two railroad workers. Nice guys, living in their trailers in the woods. On our last night in town we decided to go to the local brewery, and as we walked back in the dark, a car that was about to pass us hit two moose calves. They must have tried to cross the road only a few feet behind us. All we heard was the ‘clonk’ noise and then we saw the mother by the roadside, a huge shadow in the dark, so close we heard her snorting the way moose do when something is wrong. She didn’t understand what had happened, but she knew something was terribly wrong. Soon a truck came by and stopped, and in his headlights we saw the calves sitting by the roadside, panting. Too badly hit to stand up, they could just sit there.

A man jumped from the truck, a revolver in his hand. He scanned the darkness for the moose mother, but she had disappeared from sight. Would she attack in a desperate attempt to save her children, all he could do to save himself and us would be to shoot. Here, I understand the gun. The need for this heavy piece of metal, here the promise of protection that lies in every ounce of its weight makes sense. The mother didn’t return, but later when we had left the site and had almost reached our camp, we heard two gunshots thundering through the night, one for each calf.

Then there are the road signs. In Alaska, it is hard to find a road sign that wasn’t put up just yesterday and doesn’t have any bullet holes. One or two, sometimes many more, shot straight through the metal. Paint peeled off by BB guns. Big chunks missing, ripped away by shotgun blasts. I imagine bored kids driving around at night, leaning out the window and shooting at signs as they fly by. Our railroad worker host in Healy invited us to a camp-out we didn’t end up going to because we left for Fairbanks. “It’s going to be a bunch of cool people just camping out in the wilderness. Drinking beers, having fun. Oh, I gotta bring my gun so we can shoot it!” And he added “I just got it a few weeks ago, I’ve only ever shot it once.”

Alaska, the state where even the liberals have guns. Where guns are like milk.

In a bar in Fairbanks we met a man. “Alaska is different”, he said. His hair was long, very long, almost down to his elbows. He was wearing a hat, one of these that are hip again and you can steel from your grandpa’s wardrobe. “I am a liberal”, he continued. “but of course I have guns. I have at least ten of them, I go hunting, I go shoot them”. “At road signs?” I thought to myself. I used to think guns and liberals don’t go together. Here they do. I’m sure they do elsewhere as well, but nowhere is gun culture as normal and even uninteresting as in the Last Frontier. Alaska, the state where even the liberals have guns. Where guns are like milk. Sure, it’s important. But it’s so normal and boring, nobody looks twice when you walk along the street drinking a jar of whole milk. Nobody cares about that guy’s shotgun in his car or the 9mm in his holster.

Shots fired. At targets at the shooting range. At moose and caribou and deer. At road signs and beer cans and the sun and just in the air. At people. At gangsters, gang members, police officers, at moms walking their kids to school, at their kids, in the schools, at black people and white people, at Hispanics and Arabs. Everyday, shots are fired and people drink milk.