You are at:Home»Guest Posts»How to Not Kill Your Travel Buddy 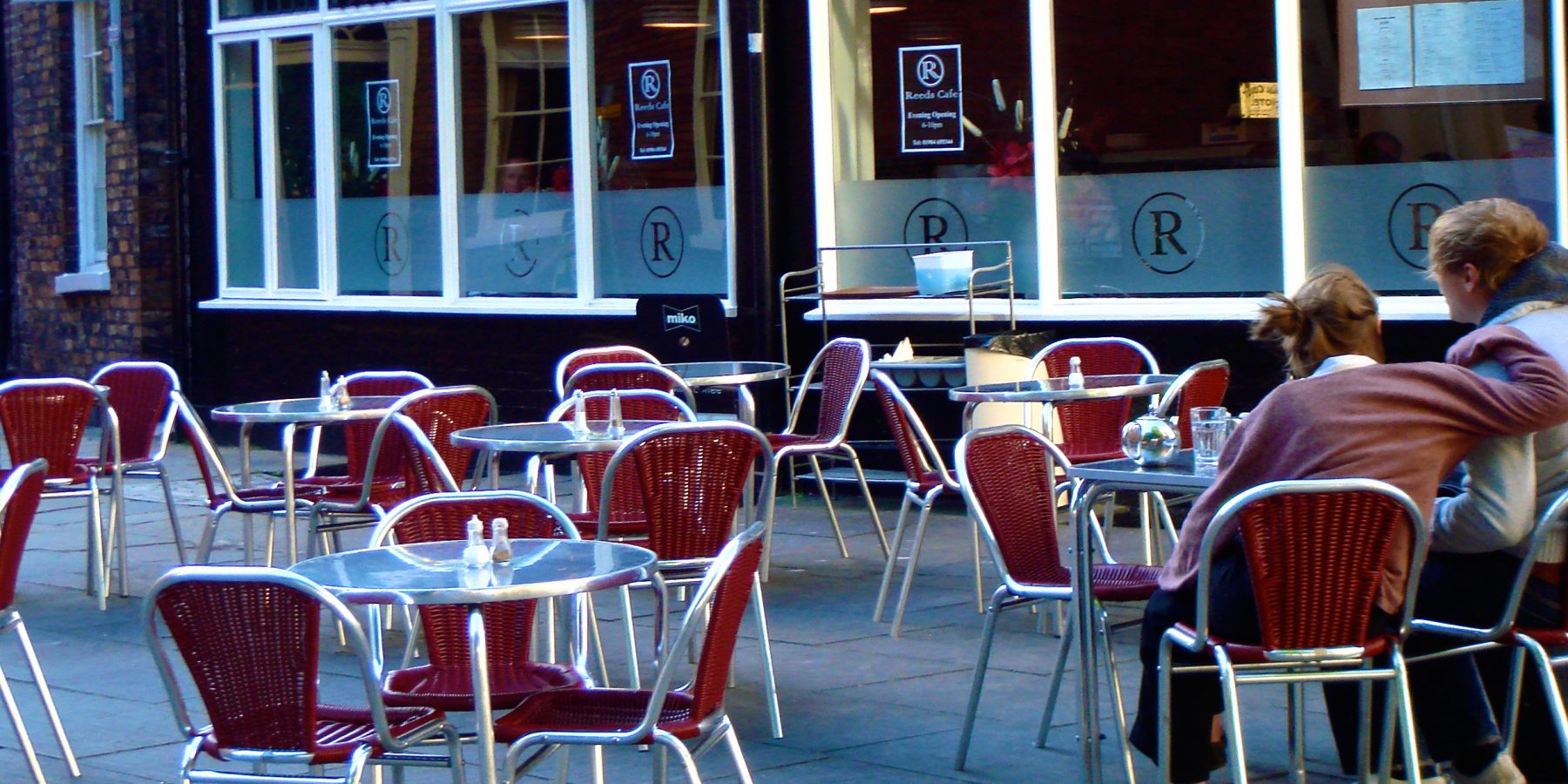 How to Not Kill Your Travel Buddy

Need a few strategies to get along with your travel partner? Traveling with a buddy can be fun, but there can be times when things may not go as smoothly as you planned. Here are a few tips to make traveling together as peaceful as possible.

This is a guest post by avid traveler, travel blogger, and freelance writer Lindsay Shapka, creator of The Anthrotorian. All photos in this post are by Lindsay.

No matter how well you get along with your friend, boyfriend, sister, father, or that girl who lives on the second floor of your building that you spontaneously decided to plan a trip with, you will probably be on the verge of leaving them on the side of the road at some point in your travels.

Traveling is the ultimate test of any relationship and requires a lot of patience, communication, and a willingness to just let things go (which is not easy when you know you’re right and they’re wrong…).

When my sister and I decided to embark on a cross-Canada road trip, we knew that long days in a car together might be a bit of a challenge (we are sisters, after all). Plus, while we both love to travel and have a lot in common, we also like doing different things when we arrive at a destination. I could spend hours exploring every corner of a single museum, while she would do the same in a zoo. I could explore boutiques and spend an entire afternoon trying on clothes, while she would rather find a trendy restaurant and enjoy some food and drinks at the bar.

Compromises would have to be made, and we knew that making them while we were sleep-deprived, hungry, and/or sick of each other’s’ company would not be the best time to make them.

So, before we even hit the road, we sat down and set some basic ground rules, which brings me to my first bit of advice.

It doesn’t matter if you are planning an epic road trip or a weekend jaunt to a cabin by the lake, you must be able to communicate openly with your travel buddy.

My sister and I both (okay, mostly me) get a little irrational (okay, really irrational) when we are hungry. And so we made a rule that we had to make sure we always ate, and if someone (me) got a little bit irritable, the other person (my sister) was allowed to tell the irritable person that they should probably eat something without getting yelled at.

Why is this helpful, you ask?

The fact that we had a conversation, while both well-rested and level-headed, before we even set off on a trip about something that might come up during the trip, made it easier to bring it up when it became important.

And this can work with anything.

For example, we also agreed that she would come to museums with me and I would go to zoos with her, but instead of spending hours at each, we would split the time. And, if the other person decided they were bored and wanted to do something else, we would leave together.

Communicating before your trip even starts makes communicating during the trip so much easier, and helps set expectations so neither of you feels disappointed in your experience.

Don’t be afraid to go it alone

Sometimes, the best thing you can do for each other is spend a few hours exploring a new place by yourselves. Don’t think of this as a way to blow off steam, or a way to get away from each other. You don’t have to get into a fight to do your own thing.

Like I mentioned above, I enjoy doing things when I travel that not everyone likes to do — I’ll hike to the top of a mountain on a sweltering hot day just to catch a glimpse of an ancient library located at the top, or spend hours wandering through an art gallery. And I want to be able to do those things without having to worry if the person I am with is enjoying themselves too. 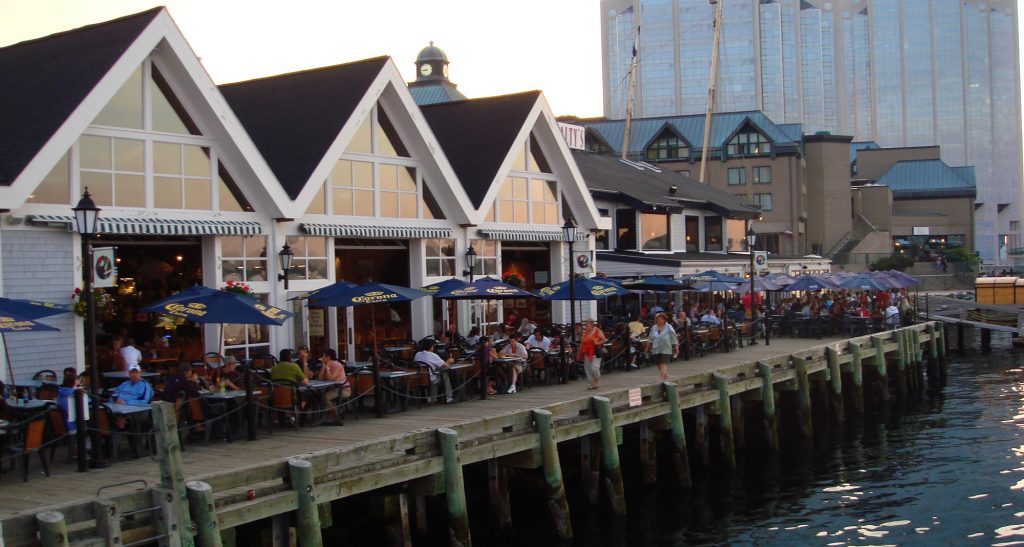 Sometimes the easiest thing to do is to split up for a day, an afternoon, or even just a few hours, so that you can both have an experience that the other person wouldn’t enjoy.

When you regroup, you will have new stories and experiences to share, and you’ll feel refreshed and ready for the next part of your adventure!

I spent a few hours exploring every bookstore I could find in Seattle on the road trip with my sister (we went through Canada one way, and through the northern states of the US on the way back), while she met up with some friends and spent the day with them. It was a lovely afternoon and when we met up again we both had new stories to tell and new things to chat about.

Just make sure you bring up the idea before you leave. That way there will be no hard feelings if one of you suggests it on the road!

Have a serious talk about money

They say the main thing that married people fight about is money, and I would probably say the same for travel buddies. Though with travelers, it may not be the money itself, but what it is being spent on that sends people over the edge (though I guess that’s probably the same for married couples too).

The key is to have a serious activity-related budget talk before you take off on your trip.

My sister and I had decided that having nice accommodation wasn’t important to us. We were fine with sleeping in a tent, in the Jeep, in a hostel, or in a cheap hotel. But, we both knew that we wanted to try out some of the more expensive trendy restaurants in downtown Toronto, and eat as much lobster as possible once we got to the east coast. So, we allocated our funds accordingly.

You need to know that you are on the same page with your travel buddy when it comes to how you are both planning on spending your money. If you are planning on traveling on a shoestring when it comes to dining and eating from markets or street vendors, while your travel buddy is expecting to have restaurant meals three times a day, there will be more than a few problems.

Ultimately, you just need to talk to each other

No matter how much planning, preparing, and pre-communicating you do, it is inevitable that you are going to still have some disagreements and moments where you are driving each other crazy.

But, instead of dwelling on every (annoying) detail, tell your travel buddy where you are at, take a walk, have a beer, scream at the top of your lungs into the wind — whatever you need to do to feel like yourself again.

And then look up and realize that you are on the adventure of the lifetime with someone that you love (or at least like a lot). And really, how amazing is that?

Lindsay Shapka is a writer, avid traveler, and the creator of The Anthrotorian — a website dedicated to sharing travel tips, stories about adventures, culture quirks, artists you should know, fascinating bits of history, and more! She also writes for magazines like National Geographic Traveler and WHERE Edmonton Magazine. Follow her on Facebook, Twitter, and Instagram!