You are at:Home»Guest Posts»Should I go to Mexico? An Outsider’s Perspective

Should I go to Mexico? An Outsider’s Perspective

I came to visit Emma, Sven, and Big Emma in Mexico. I went because I cared about them, missed them, knew them well. But did I really want to go to Mexico, the country that is constantly on the news for crime, drugs, and violence? It took courage, and in the end, all I can say is: Mexico wasn’t as scary as everybody made it seem. 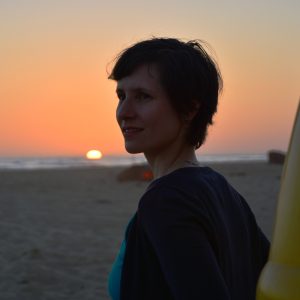 Three weeks before landing in Mexico

Three weeks and three days until I’m embarking on a journey. The destination is La Paz, in Baja California Sur, in Mexico.

I come from Germany, from the town Sven was born in that Emma and Sven called home before they left to move into their Bus. I’m euphoric to see two of my dearest friends in the world, exactly 364 days after they left.

Do I really want to travel to Mexico?

But I’m also slightly nervous. Mexico is completely unknown to me. I don’t speak any Spanish, which is definitely an inconvenience. But, far more prominent than possible language problems are the news stories you read about many countries in that region of the world, and specifically about Mexico. 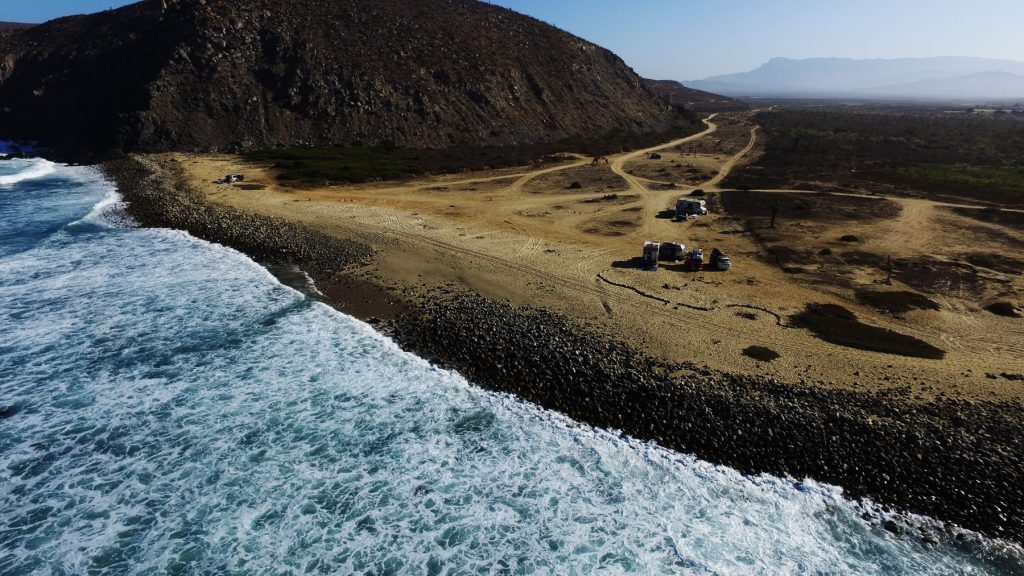 Would we be safe, camping in a car on the beach? Photo by Wanderwasi

Today, another mass grave has been discovered in the east of the country. The drug wars have cost the lives of over 100,000 people in the past 10 years and have left almost 30,000 missing, including a group of university students, most likely kidnapped and murdered by the drug mafia.

Involuntarily, these stories creep up on me and create a feeling of uneasiness. As someone who has never felt mortal danger in her life, the thought of traveling to a country that seems to be – at least in certain parts – governed by a murderous mob makes me question my choices. Will I be safe? Should I really be sleeping in a car? Can I take valuables with me? What if I get robbed – or worse? 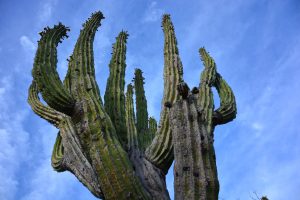 On the other hand, I am aware that people go on holiday in Mexico. As a matter of fact, the World Tourism Organization names Mexico one of the most visited countries in the world. Furthermore, with 1.9 million km², it is more than five times the size of Germany. The mob would have to recruit a rather impressive army to take control of landmasses that big.

In the end, it all came down to the inner struggle: Am I naïve, to think I’ll be fine, or too paranoid, to think something could happen to us? Eventually, I decided it was the latter, and, despite my initial hesitance, I did book the flights.

Three weeks and three days until takeoff. And until I see two people I have been longing to see for a long, long time. 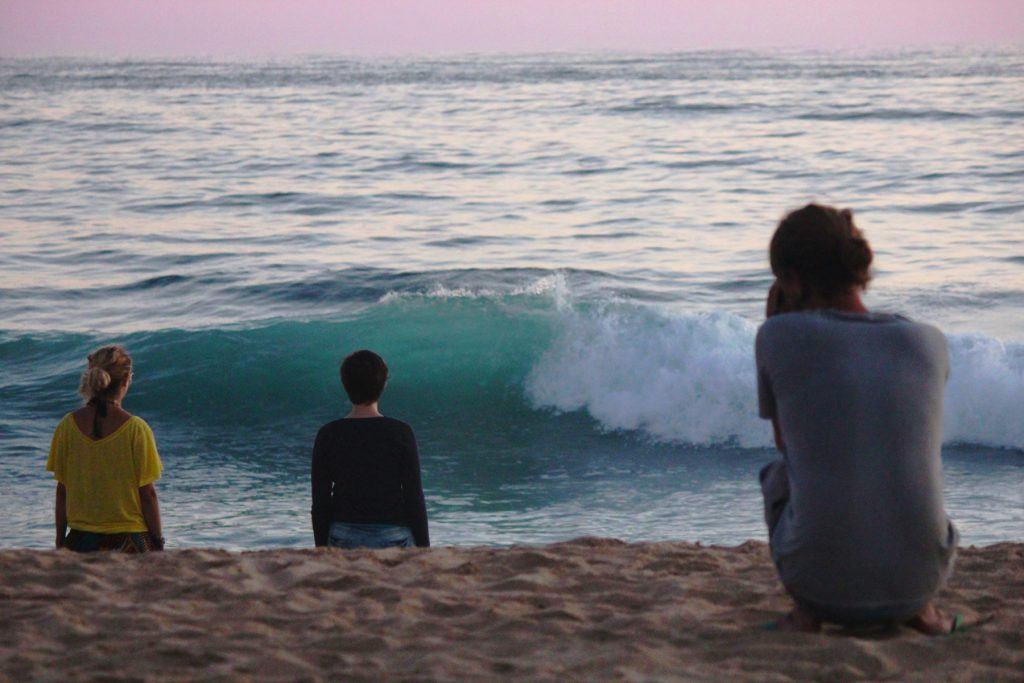 Nine days after returning from Mexico

I arrived back at Hannover Airport nine days ago, from one of the most wonderful holidays of my life.

Worth it from the start 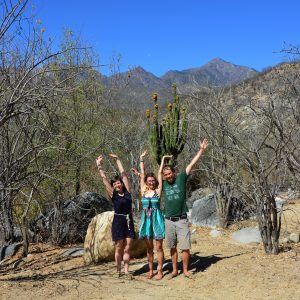 I needed time to take everything in, to put the numerous impressions and feelings into words. It is hard. When I arrived at the tiny La Paz Airport after a 22-hour journey, one might think that I should have been tired. The first feeling, however, that swept through me was pure bliss. Finally being able to hug Emma and Sven after 12 months was an incredible feeling that let me forget the strenuous journey across the world.

It was about 8:30am as we stepped out into the bright sun, walking towards my temporary home called Big Emma. On the drive into La Paz, the rows of houses flew by, colourful and chaotic. Imagining the world map in my head, it was still hard to believe where I was.

After a shower at Emma and Sven’s couchsurfing host and a delicious fish taco in the city centre, we arrived at Tecolote beach and it looked like paradise. White sand and turquoise water, just the right temperature for a swim. 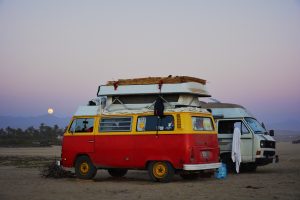 We were not alone though, numerous groups of Mexican families as well as gringo travelers were on the beach, too. After all, it was Semana Santa, Mexico’s de facto “party week” before Easter, which meant nobody had to work and everybody flocked to the beaches. Not long after we had settled at our spot a group of youngish Mexicans parked right next to us. Loud music was played, much beer and many repetitive conversations were had, which quickly led us and a couple from Spain that we had met on the beach to relocate about one mile down the road where it was much quieter. That afternoon was the one and only slightly negative experience with Mexicans I had during my whole trip, which quite obviously was a result of too much alcohol.

“Thank you for visiting Mexico!” 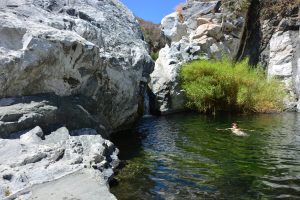 The best part of that canyon hike.

As many towns and beaches as we visited, never did I feel unsafe. Wherever we went, whoever we came across, we were greeted with a wave and a friendly “hola”. On a hike through a canyon near the small town of Santiago, Emma and I struck up a quick conversation with a Mexican guy and his family. He asked us where we were from and how we liked it here in Mexico. As we waved goodbye he said, “Thank you for visiting Mexico!” Somehow these words touched me. I was reminded of all my worries and fears prior to my trip. It felt like he knew. And he was grateful that I was interested enough in his country to check it out myself. 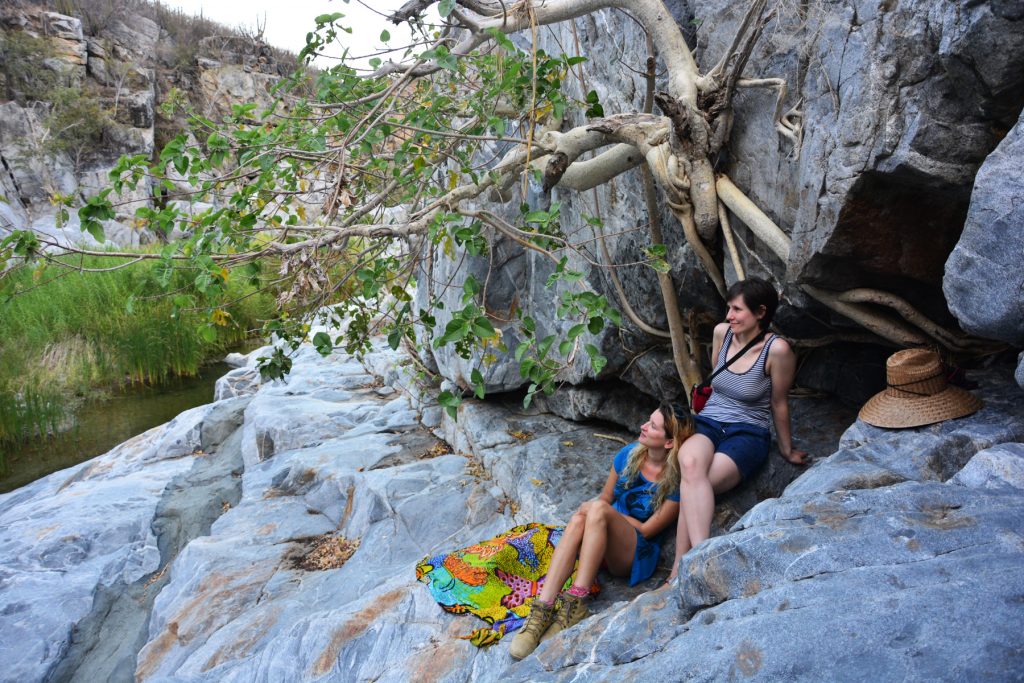 And boy, am I glad I did. I am not surprised that Baja California is such a popular vacation destination. It seems so far away from the Mexico we know from the news stories. While I am certain that the country is facing severe problems, especially in certain regions, I was reminded that a country is more than that. It can still have stunning landscapes, fascinating cultural heritages and, last but not least, kind-hearted people. And these things are definitely worth experiencing. 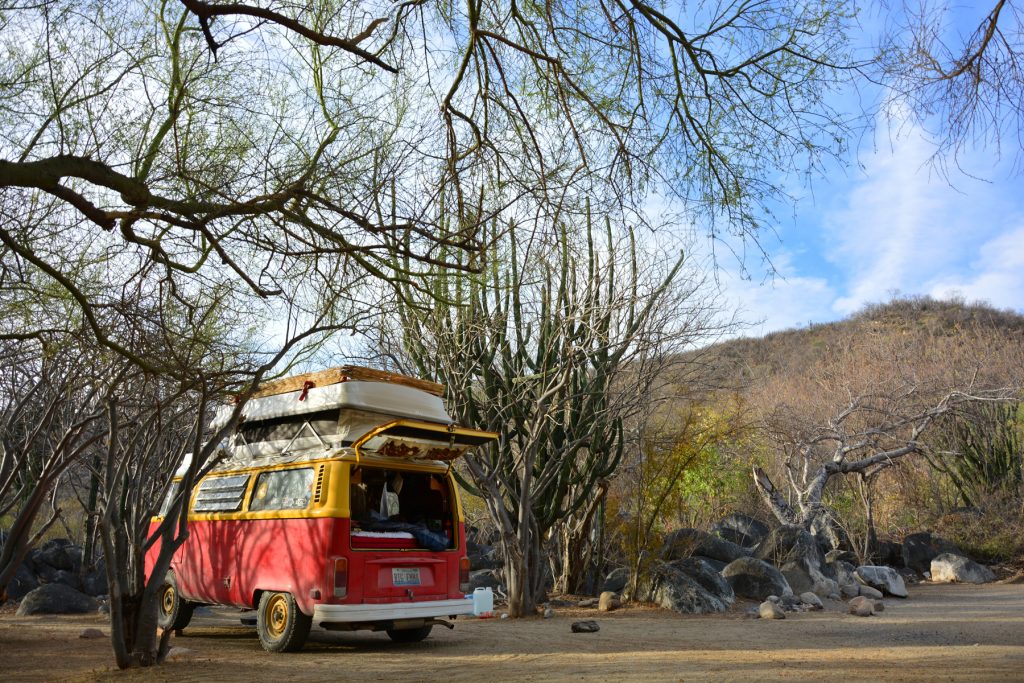 Annika is a teacher from Braunschweig, Germany. She is a talented musician, avid traveler, and enthusiastic video gamer. She spent nearly two weeks traveling with the GoBigEmma crew in April 2017.