You are at:Home»Travel and Travelers»Through the Rabbit Hole – Our First Impressions of Mexico 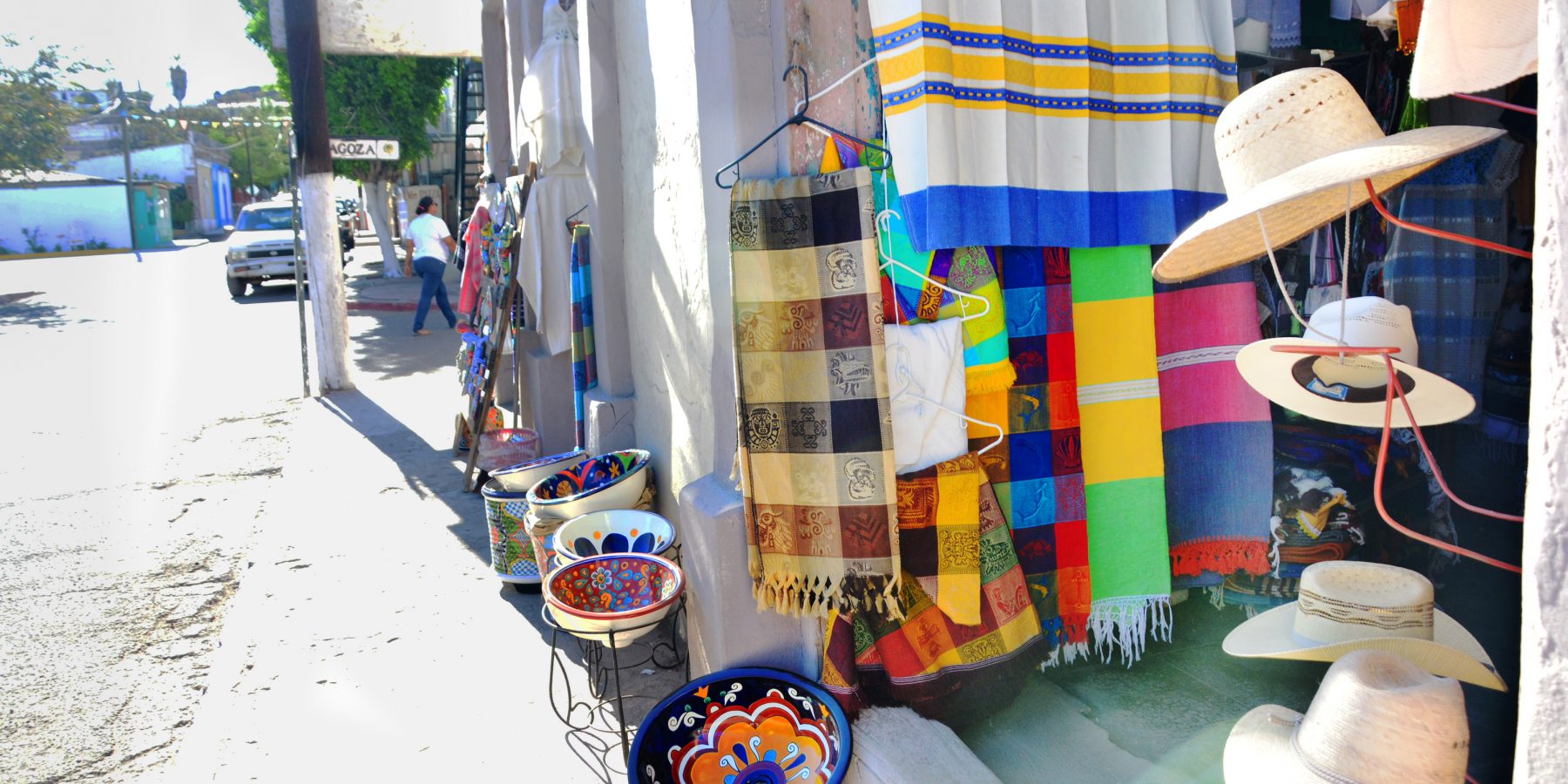 Through the Rabbit Hole – Our First Impressions of Mexico

We took the leap and left Anglo-America behind for Mexico. The stark contrast between the two worlds is most visible at the border that divides them, but it’s also undeniable in every other moment in these first days. While we are gathering our first impressions of Mexico, the country welcomes us with warm hearts, open arms, and fish tacos.

An arch spans the road, a big and impressive arch, built to look important. “Mexico”, it says, in white letters. We drive through and here is the border. A lane for trucks, another for cars, a gate and a light are regulating access to the customs area. There is no line at all, we seemed to have picked a good time for our border crossing. The second we drive up to the barrier, the lights turns from red to green and an invisible hand lifts the gate to let us pass. The area behind it is tiny. Concrete buildings line the left and right sides, while the front is blocked by a heavy iron gate. Soldiers are standing around, their eyes hidden behind dark sunglasses, the rest of their bodies hidden behind heavy desert camouflage armor and automatic rifles.
A customs officer motions us over to the side, in one of three small parking spots. If they would turn us back for whatever reason, I would have trouble turning the Bus around in this courtyard of a border crossing. The officer asks us to open the sliding door, so I do. He opens two cabinets, peaks into our shoebox, nods a few times, and then says “Okay” and goes to stand in the shade of the concrete wall and look at his cell phone.

Thirty seconds after pulling in, we leave the parking spot and drive through the open iron gate. But it’s not merely a gate, it’s a portal. It transports us from orderly America to lively America. It’s like going through a dimensional rift, we are Alice and have slid down the rabbit hole, except we skip the slide and the fall, it all happens within the blink of an eye.
Here we are, on an intersection of two narrow streets in Tecate, Mexico. The road is dustier than on the other side, the houses are smaller and closer together (actually, there is no space between them at all), the colors are brighter, and yet the signs are also older and more faded. It sounds different, and even my sense of smell reports a sudden change in its domain.

Big Emma on her first day in Mexico

Here we are in Mexico, surprised like a kid pushed off the diving board into the cold pool water, wondering what to do now and where to go. From now on, this is what our lives will look like. Sound like. Feel like, and smell like. On the border, the cultural cut is extreme, almost painful. The world ends, a clean cut with no fringes. Every brick, every rock, every atom cut apart with the sharpest knife the United States could make in an effort to protect itself from the unknown wild lands of the south. The energy freed by this nuclear fission barely penetrates the fortified north side, but its forces blast southwards into a fiesta of colors and chaos, spawning pain and fear as well as an incredible passion for life and every aspect of it that the freshly shaved and perfumed north can never grasp or imitate.
The immigration process serves as a wonderful example how different this part of the world is from the organized, rule-obedient north. There is none. We are just here, in Mexico, and nobody cared even a tiny little bit about our passports. After asking around for a while, we find out: today is a holiday, and immigration is closed on holidays. Which doesn’t mean we can’t enter Mexico, it just means that nobody cares. So we wait a day and finally get our passports stamped at the port authority in Ensenada. Latin America, you will never cease to fascinate me. Te amo for your ability to always surprise me, and at the same time te odio for being so incredibly thoughtless sometimes.

Baja California is still plastered with US-Americans, but on every corner there is the Latin America that I’ve been missing so much. The warmth and rawness of life, the unpolished reality that is in every pothole on the road and every word of Spanish I overhear in the corner store. Wherever we are, it is imminent that this isn’t Kansas anymore. The buildings are smaller, the bricks in the walls stacked a little less carefully, life has moved out of the homes into the street, from leather couches in front of flatscreen TVs to streetside eateries and concrete benches in town squares.

At the same time, our prejudices have dug themselves out of their graves, where we had tried to bury them in ungrateful funeral ceremonies. Now they are dancing on their fallen gravestones, shouting questions at us like Is it safe to park the car on this street? or Will this guy who just saw us camping out on the coast alone call his bandido friends to rob us? It was safe and he didn’t. Dozens of other cars were parked in the same street all day and literally every single local we have met so far was nice to us. It might not always stay that way, but I am happy to report that Mexico has so far welcomed us with more than just a warm heart and we are making progress hunting down our prejudices. And this time we are going to dig deeper holes to bury them in.

While the cultural barrier is often an invisible line, something we know is there but can’t put our finger on, it manifests itself strongly in language. My Spanish is there, but it is more than dusty, stored away in the attic for far too long. I understand most things people tell me, but I struggle to find the words I need to have a meaningful conversation. Still, there is progress. Every time that I use Spanish a few more long-lost neurons are reconnected back to the language center in my brain. I reply to somebody’s question and suddenly a word I had no idea I knew escapes over my lips into the ether. While in the first days my tongue got stuck on the Spanish accent more often than not, the r‘s and gue‘s now start to come out with less effort. My muscles are creatures of habit just as much as every other part of me, but they remember what they once knew and the moves only need a little bit of training to get fluent again.

Quiet side street in Mulege. Tecate is THE beer brand around here, the signs are everywhere.

We’ve thrown ourselves into Mexico without knowing what to expect. And while it’s a favorite vacation spot for many gringos and especially Baja offers little to be worried about, this border crossing was a big deal for us, because it was final, in a way. I can’t easily come back to the US in the near future, my visa won’t allow me to spend more time in the States without having stayed away for a “significant period of time”. While that is fine with me, it added this tiny spoonful of seriousness to the beginning of our Mexican adventures. We jumped off the diving board headfirst, and although the water might be cold, the feeling of shock gives way to the refreshing liveliness that is Latin America. After all, the movie was called The Wizard of Oz, not Whatever Dorothy Did When She Got Back to Kansas.
Hola Mexico, que vamos a hacer ahora?
Share. Twitter Facebook Google+ Pinterest LinkedIn Tumblr Email